When schools and the business sector work together, youth benefit

Professional experience to make it real; mentors for inspiration.

When schools and the business sector work together, youth benefit

Back in high school, how many of us dreamed about finding ourselves in a real workplace, even if only for a day, just to see what it was like or to find out if we would like to be, say, a lawyer, welder, or nurse?

This dream has become a reality thanks to Classes Affaires, a project led by the non-profit organization Montréal Relève, which connects high schools with mentors in the professional world.

Professional experience to make it real; mentors for inspiration

Aimed at secondary III and IV students, Classes Affaires is a program offered to Montreal schools – 42 took part last year alone – that gives students a one-week immersion in a professional setting with organizations or companies operating in a field that interests them. Since the launch of Montréal Relève’s flagship project in 2001, nearly 18,000 students have done unpaid internships in one of 18 sectors, including the arts, aerospace, health, and technology.

Even though they might be only starting to think about their future careers, they are asking questions and making choices that have huge repercussions on the rest of their lives.

“Classes Affaires, is a great example of sharing knowledge and a wonderful model of partnership between the education sector, families, youth, and the partner organizations who host these students,” explains Montréal Relève’s executive director, Marie-Élaine Normandeau. “It is the fulfilment of the challenge that schools presented us with 16 years ago – to provide opportunities for hands-on work experience with people who can serve as role models for students at an age when, even though they might be only starting to think about their future careers, they are asking questions and making choices that have huge repercussions on the rest of their lives. Creating these kinds of partnerships isn’t the schools’ job – they already do so much. That’s why a project like Classses Affaires is so important.”

Students selected for the program first take a course that lasts the entire school year. “We go to the schools and give them some basic instruction about what the working world is all about. We even cover the implicit codes of being professional, such as punctuality, diligence, dress code, and the use of social media. We also train the mentors who host the students in their workplace; we try to inspire them, we ask them to prepare an activity outline, and we tell them about the strengths and weaknesses of today’s youth. In short, we work hard to ensure that the experience is as positive as possible on both sides,” continues Normandeau.

A formula where everyone wins

It’s easy to see why students find the program so appealing, but what about the businesses that take them in?

Josée Lapierre, a Classes Affaires mentor, is a senior human resources advisor at BCF Business Law. In her mind, there is no doubt that the company benefits from the program as much as the interns. “After taking in our first two interns last summer, I can say right now that we will be doing it again next summer,” notes Lapierre. “For one thing, a number of our staff were envious of their colleagues who had interns and want to take part in 2018. And our company encourages the next generation at many levels: in high school with Classes Affaires, at university with our BCF Bootcamp, and in start-ups with our Imagine program. Not to mention that while our company has been around for 22 years, the average age of our staff is only 35!”

One of my colleagues had a long, passionate discussion with them about corporate law. They didn’t want to leave his office; I had to go get them!

Lapierre feels that one of the main reasons why the internships are successful is the professionals’ generosity toward the students. “One of my colleagues had a long, passionate discussion with them about corporate law. They didn’t want to leave his office; I had to go get them! [laughs] One of them, the son of a diplomat, had spent a lot of time abroad despite his youth, and he loved his meeting with our immigration law attorney. Personally, I really enjoyed seeing how they changed over the week: at first, they were shy and asked very general questions; by Friday, the notes they wrote in their intern’s notebook, which I must validate, were much more specific and referred to the day-to-day tasks of the people who work here.”

They’re happy to convey their passion and show the students that they have the best job in the world.

Normandeau agrees wholeheartedly: “The businesses and mentors get a lot out of it too. The program lets them introduce the sector to future workers; they get a chance to work closely with a generation whose arrival in the workplace they may have viewed with trepidation; they get a sense that they’re helping the students grow and improving the cohesion of their own teams, since the internships involve a number of the staff; and they’re happy to convey their passion and show the students that they have the best job in the world.” 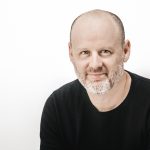 Over the coming months, Montreal Hooked on School will publish a series of articles about various fruitful partnerships between the education sector and community stakeholders promoting youth success.

We asked writer and photographer François Couture to go and meet the people involved in these partnerships and tell their stories.